Saint Michael the Archangel,
defend us in battle,
be our protection against the wickedness and snares of the devil;
may God rebuke him, we humbly pray;
and do thou, O Prince of the heavenly host,
by the power of God, cast into hell
Satan and all the evil spirits
who prowl through the world seeking the ruin of souls.
Amen.

Common Questions Answered by Not So Common Saints

“Why is St. Michael the Archangel Roman Catholic Church and other churches like it not recognized by the local ‘bishop’ ?  How can a Catholic Church be ‘Independent of any Diocese?'”

“You are meanwhile cast out from your places. For they hold the places, but you the Apostolic Faith. They are, it is true, in the places, but outside of the true Faith; while you are outside the places indeed, but the Faith, within you. Let us consider whether is the greater, the place or the Faith. Clearly the true Faith. Who then has lost more, or who possesses more? He who holds the place, or he who holds the Faith? Good indeed is the place, when the Apostolic Faith is preached there, holy is it if the Holy One dwell there.”

“Aren’t Church leaders supposed to be warm and welcoming and not condemning or exclusice?” 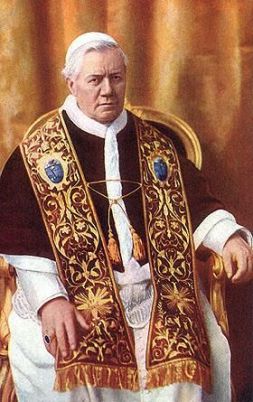 “Our Apostolic Mandate requires from Us that We watch over the purity of the Faith and the integrity of Catholic discipline. It requires from Us that We protect the faithful from evil and error; especially so when evil and error are presented in dynamic language which, concealing vague notions and ambiguous expressions with emotional and high-sounding words, is likely to set ablaze the hearts of men in pursuit of ideals which, whilst attractive, are nonetheless nefarious.”
—Pope St. Pius X, Apostolic Letter Notre Charge Apostolique, 1910

“Paul VI changed the Mass in 1969, it was within his power to do so, the Church changed its liturgy many times throughout history… Why this bizarre attachment to the Old Mass?”

“Furthermore, by these presents [this law], in virtue of Our Apostolic authority, We grant and concede in perpetuity that, for the chanting or reading of the Mass in any church whatsoever, this Missal is hereafter to be followed absolutely, without any scruple of conscience or fear of incurring any penalty, judgment, or censure, and may freely and lawfully be used. Nor are superiors, administrators, canons, chaplains, and other secular priests, or religious, of whatever title designated, obliged to celebrate the Mass otherwise than as enjoined by Us. We likewise declare and ordain that no one whosoever is forced or coerced to alter this Missal, and that this present document cannot be revoked or modified, but remain always valid and retain its full force notwithstanding the previous constitutions and decrees of the Holy See, as well as any general or special constitutions or edicts of provincial or synodal councils, and notwithstanding the practice and custom of the aforesaid churches, established by long and immemorial prescription – except, however, if more than two hundred years’ standing.

“Therefore,no one whosoever is permitted to alter this notice of Our permission, statute, ordinance, command, precept, grant, indult, declaration, will, decree, and prohibition. Would anyone, however, presume to commit such an act, he should know that he will incur the wrath of Almighty God and of the Blessed Apostles Peter and Paul.”

“I have been told you are sedevacantists.  You actually believe there hasn’t been a true pope since Vatican II?  How can you make that judgment, especially when the pope does not answer to any earthly power?  Don’t we have to recognize Francis, even though he’s ‘bad’ we can just resist his errors and heresies, right?  It is not as if he has made an ex cathedra infallible definition of them, right? 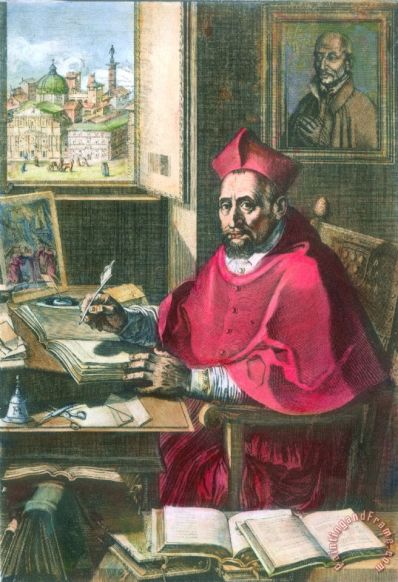 “This principle is most certain. The non-Christian cannot in any way be Pope, as Cajetan himself admits (ib. c. 26). The reason for this is that he cannot be head of what he is not a member; now he who is not a Christian is not a member of the Church, and a manifest heretic is not a Christian, as is clearly taught by St. Cyprian (lib. 4, epist. 2), St. Athanasius (Scr. 2 cont. Arian.), St. Augustine (lib. de great. Christ. cap. 20), St. Jerome (contra Lucifer.) and others; therefore the manifest heretic cannot be Pope. . . .

“Finally, the Holy Fathers teach unanimously not only that heretics are outside of the Church, but also that they are “ipso facto” deprived of all ecclesiastical jurisdiction and dignity. St. Cyprian (lib. 2, epist. 6) says: “We affirm that absolutely no heretic or schismatic has any power or right”; and he also teaches (lib. 2, epist. 1) that the heretics who return to the Church must be received as laymen, even though they have been formerly priests or bishops in the Church. St. Optatus (lib. 1 cont. Parmen.) teaches that heretics and schismatics cannot have the keys of the kingdom of heaven, nor bind nor loose. St. Ambrose (lib. 1 de poenit., ca. 2), St. Augustine (in Enchir., cap 65), St. Jerome (lib. cont. Lucifer.) teach the same . . .

“The foundation of this argument is that the manifest heretic is not in any way a member of the Church, that is, neither spiritually nor corporally, which signifies that he is not such by internal union nor by external union. For even bad Catholics [i.e. who are not heretics] are united and are members, spiritually by faith, corporally by confession of faith and by participation in the visible sacraments; the occult heretics are united and are members although only by external union; on the contrary, the good catechumens belong to the Church only by an internal union, not by the external; but manifest heretics do not pertain in any manner, as we have already proved.